Sorry, your browser is not supported
Please use Google Chrome, Mozilla Firefox, Safari or Microsoft Edge to open this page

thumb_upRevenue from this purchase will be shared with your affiliate

Rustler is an open-world, top-down action game paying tribute to the good old GTA 2 style and gameplay, fusing it with a historically inaccurate medieval setting. Play as Guy, whose parents apparently were too lazy to give him a proper name. Experience feudal injustice, witch-hunting, and join big tournaments. Meet valiant, yet incredibly stupid knights. Complete a wide variety of twisted missions and quests, or don’t give a damn about the plot and bring mayhem in the villages and cities. Choose to go on foot, or by a stolen horse. Fight with a sword or pick a fancy automatic crossbow. All that, spiced up with an inappropriate Monty Python inspired sense of humor. 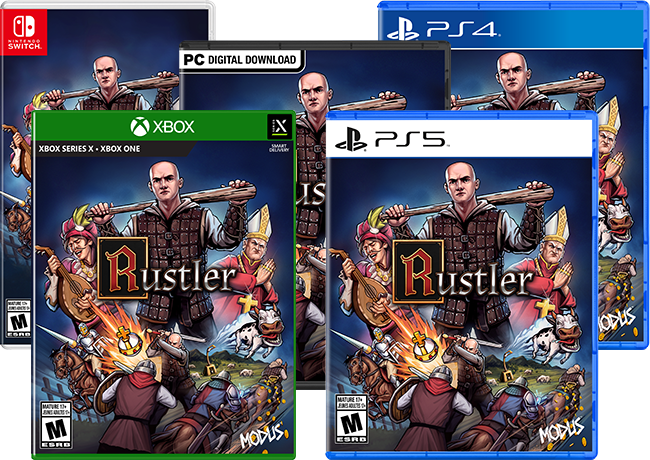 CHECK OUT MORE FROM GAMES OPERATORS!